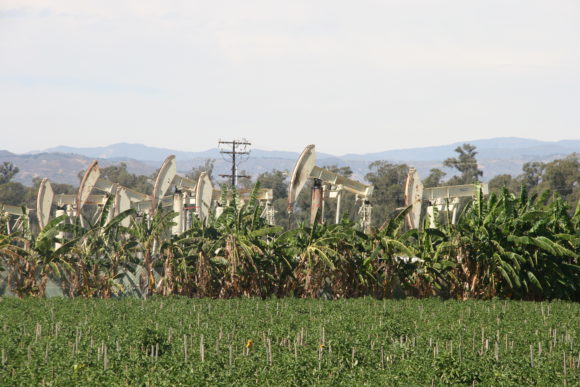 The Ventura County Star published a story on February 27 that called out the Ventura County Planning Division for not ordering a shutdown of the Ferndale oil operation in Santa Paula Canyon during emergency storm conditions. The article was based on a complaint by Los Padres Forest Watch (LPFW), Citizens for Responsible Oil and Gas (CFROG) and the Center for Biological Diversity, blaming county regulators for not following flood-control protocol.

In early March, a follow-up Star editorial wrote, “We agree and frankly were surprised at planners’ cavalier attitude, given the perception by some environmentalists that the county is too cozy with the oil industry…” We wonder why the Star didn’t contact the oil operator to get their perspective of this so-called “cozy” relationship.

On March 12, Planning Director Kim Prillhart, the County Fire Marshal, and the Deputy Director of Public Works signed a joint letter responding to the claims made in LPFW and CFROG’s complaint. The joint letter followed a comprehensive investigation into the facts and the reasons for not needing to issue a formal shut-down order.

At issue is a requirement that the operator of the Santa Paula oil facility shut down operations in the event of a flood emergency. The purpose of this requirement, which is unique to this facility in the county, is to enhance safety of production-related equipment near Santa Paula Creek.

During the Thomas Fire in early December of 2017, the oil facility shut down for safety reasons. At the time of the January 8 storm event, the facility was still shut down.

The letter makes clear that the county was well aware of the shutdown at the time of the storm event. While the county is implementing a more formal flood notification system, the reality is that Planning Division staff did their job in making sure that the oil field was not operating in advance of the storm.

The narrative in the two Star articles is built on the fact that the county did not issue a shut-down order… for a facility that was already shut down. To say that this is an uncharitable reading of the county’s actions is putting it mildly.

The other items in the conservation groups’ complaint are equally groundless. One dealt with a fire protection plan required when a building permit is issued…even though no building permit had been issued. The other dealt with notifications required for major incidents like explosions or fires caused by operation of the facility, not natural disasters like floods.

These types of complaints are unfortunately part of a larger pattern with activists opposed to local oil and gas production. They have long been engaged in a campaign of filing appeals against routine oil “Zoning Clearance” permits and have lost each of these appeals at the Board of Supervisors, on advice of County Counsel.

A Zoning Clearance authorizes actions that have already been approved by the county in a Conditional Use Permit. CUPs are approved subject to an environmental analysis at the time. They are legal contracts and regardless of their approval date they cannot be revoked by activists who would like to have oil projects subject to continuous environmental review.

The problem for the county is the impact to their budget for the cost of defending these fruitless appeals including significant time spent having to correct the record on facts that are misrepresented in the appeals. For the seven years from 2011 to 2017, the Planning Division has spent over $748,000 in staff time for oil related appeals. Of the 42 appeals, zero were overturned.

There needs to be a discussion of the future of the oil industry in Ventura County, which includes the consequences to local jobs and tax revenue from shutting down oil production. Even Jerry Brown has said that shutting down local oil production while importing it from overseas is “grossly hypocritical.”

The reality is that oil will be here to stay for the foreseeable future. Scapegoating oil companies and the Planning Division for doing their jobs won’t change that reality.