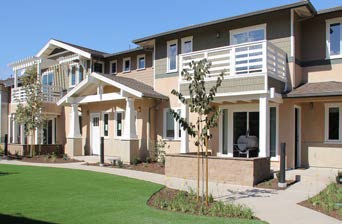 Ventura’s Planning Commission convened a special meeting last month to consider the merits of a proposed Residential Allocation Program (RAP) and make a formal recommendation to the City Council. Public comment at the meeting revealed overwhelming disapproval of the program and the Planning Commission ultimately made a formal recommendation against implementation, through the unanimous support of Commissioner Rondi Guthrie’s motion.

Ventura’s RAP was originally introduced by the General Plan Ad Hoc Committee consisting of Ventura City Council Members Cheryl Heitmann, Christy Weir and Carl Morehouse. The original request for policy consideration was addressed in CoLAB’s March 2015 Newsletter when it included a residential application “pause”. Ultimately, the Council advanced a RAP proposal that did not include a pause in applications. CoLAB also discussed the issue at the November WHEEL Committee where Dawn Dyer, President of Dyer Sheehan Group, presented a background and overview of the RAP. The purpose of the program is to establish greater control over the pace, scale and type of housing, based on the perception that residential development is occurring too rapidly, negatively impacting Ventura’s character. Consideration of resources such as water availability is also a factor. The program would apply to projects of 3 or more units.

Issues with the City’s discontinued Residential Growth Management Plan (RGMP) have left many uneasy about a renewed attempt to implement a residential growth control measure. The old RGMP allocated a specific number of residential units every two years based on a competitive process requiring developers to submit detailed conceptual plans. Then the City would review and rate the projects before issuing allocations. The RGMP required review on the front end of the process, where the new RAP pushes review to the back end, per state law, AFTER a developer has funded the full environmental analysis. This would be a deal breaker for most developers.

The RAP addresses the contention that residential development is occurring too rapidly, possibly outpacing resources. But, in reality, housing development has fallen short of the goals of the General Plan and has failed to accommodate real population growth. In general there is a lack of understanding about population growth, which is unseen and happens with or without new housing.

Failure to build adequate housing forces the cost to rise at a more rapid pace than wages and causes rents to skyrocket due to extremely low vacancy rates. Between January 2014 and January 2015, the average rent for a one bedroom apartment rose 9%. Growth control measures under these circumstances create barriers to investment that have long-term negative impacts.

By almost any standard, the City already has an extremely robust process in place for development approvals. While it is understandable for the City Council to seek increased awareness of potential project applications and opportunities for input, the process is designed to function through the council appointed Design Review Committee and Planning Commission.

CoLAB promotes consistency in policy and planning, recognizing the negative impacts of uncertainty and redundancy that further drives up the cost of housing. We urge the City Council to follow the recommendation of the Planning Commission and overwhelming public opposition to the RAP. The program’s negative impact on Ventura’s economic vitality, business climate and quality of life is an unnecessary burden the city should not have to endure.

Life after Measure F…Where do we go from here?